Australia’s growing population is the driver of urban sprawl, that is, the extension of a city in countryside areas beyond existing suburbs and towns to house the growing population.Townhouse developments design and delivery within growth area land estates and masterplanned communities across Australia is on rise.

Historically land estates have been designed with medium density (townhouse developments) nodes or pockets around parks and town centres. The increase in single person or couple dwelling living – less people actually living in a dwelling, translates to demand for more efficient design of property lending itself to townhouse living. As such the popularity of having townhouse development precincts or nodes within land estates has grown to be entire masterplanned communties of townhouses or townhome development.

In Victoria the Growth Area Authority is in charge of Precinct Structure Plans (PSPs). PSPs are master plans for local areas that house a population of 5,000 to 30,000 people and 2,000 to 10,000 jobs or a combination of both. (www.vpa.vic.gov.au) Precinct stucture planning is part of the Victorian Governement’s strategy to address urban sprawl  being population growth, and the housing demand that stems from it. Master planned communities are newly designed and developed communities in the growth areas that have amenity within the town centre to support the residents.

A simialar pattern in South East Queensland, with a population that is expected to double by 2070, the South East Queensland Regional Plan 2017, also known as ShapingSEQ is intended to have a similar effect as Victoria’s PSPs, that is to set the framework for population and infrastructure growth and driving force in dwelling type and design.

Key theme to ShapingSEQ is the strategy to increase the number of dwellings per hectare. One way to achieve this is through supplpying the ‘missing middle’ housing – that is, townhouse development.

As illustrated above both the Victorian Planning Authoirty and Queenslands Department of Infrastructure, Local Government and Planning are focussed on delivering medium density solutions which include townhouse development in and across existing urban areas and new land estate and masterplanned communities.

Medium density townhouse developments within land estates and master planned communities are not only encouraged by Goverment but embraced by the population of buyers with a changing nature of home ownership in Great Melbourne and South East Queensland.

Population growth is not only limited to increase in overall population through migration, immigration and birth rate but the increase in lone person and couple households over family households and the increasing number of downsizers now without children living in the family house. What was once the Great Australian Dream to own a home on a quarter acre block

Find the right home for you

Coming soon to this suburb.

Register to be the first to hear about it. 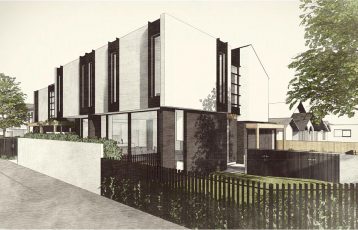 Your account is being created, please wait a few moments, thank you